Celebrating the return of 2009’s Great British Menu winners Kenny Atkinson, Nigel Haworth Glynn Purnell, and Shaun Rankin as they recreate a feast in our honour. 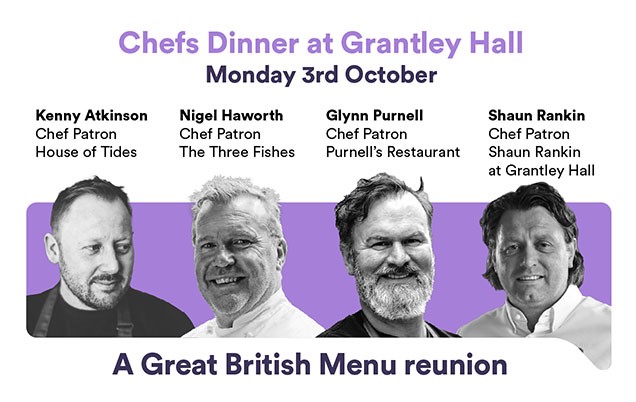 The return of the banqueting masterminds

We are delighted to bring together four remarkable chefs; Kenny Atkinson, Nigel Haworth Glynn Purnell, and Shaun Rankin as they prepare a very special four course meal in our honour.

This sensational fundraising dinner will take place at luxury hotel and wellness retreat Grantley Hall, the perfect location to reunite our award-winning chefs as they recreate delicious dishes from the 2009 Great British Menu banquet.

All guests will be treated to a champagne and canapé reception and four course meal with wine throughout, whilst having the chance to pose Shaun Rankin their questions during the live Q&A.

Kenny Atkins – House of Tides, Newcastle
Born and bred in Newcastle, it was always Kenny’s ambition to open a restaurant in his beloved hometown. House of Tides opened its doors in January 2014, after Kenny and Abbie put their all into the restoration project of what was once a merchant’s tavern. The restaurant is the proud holder of 4AA Rosettes and a Michelin star, which was awarded just a year after its opening!

Kenny is no stranger to Michelin success either, having been awarded his first star back in 2008 when he was Head Chef of Scilly Isles restaurant Teän. This led to a Head Chef position at the White Room Restaurant in Seaham Hall in County Durham, where he claimed another Michelin Star.

Kenny’s bold and ambitious cooking has brought him critical acclaim over the years. He was named Cateys Chef of the Year 2009 in addition to winning BBC2’s Great British Menu in both 2009 and 2010.

Nigel Haworth – The Three Fishes, Mitton
Nigel Haworth was born in Whalley, Lancashire, where his food roots remain to this today. From his initial training in Lancashire, he embarked on a culinary journey covering London, Scotland and Switzerland, before returning home to take over as Head Chef at Northcote Manor in 1984. By 1995, Nigel was celebrating the Egon Ronay Chef Of The Year award. Just a year later, he gained his first Michelin star.

For more than three decades, Nigel was the driving culinary force behind Northcote. In that time, he (with co-founder Craig Bancroft) transformed its unique location in the small village of Langho, Lancashire, into a place of gastronomic pilgrimage.

Today, Nigel is still writing new chapters in his incredible story, with the opening of his brand-new pub and restaurant The Three Fishes in Mitton.

Glynn Purnell – Purnell’s Restaurant, Birmingham
Often called the ‘Yummy Brummie’, Glynn Purnell started cooking professionally at the age of 14. After securing a work experience placement in a hotel kitchen, he spent the next two years in the Metropole Hotel at the NEC. A six year stint followed, gaining experience in every department from banqueting to the A La Carte Terrace Restaurant, where he discovered his talent and passion for fine dining.

After training with top chefs including Gordon Ramsay, Gary Rhodes and Claude Bosi, Glynn travelled abroad to work with well-known Michelin starred chefs in Europe. Glynn is now the proud owner of Purnell’s Restaurant in Birmingham, which was awarded a Michelin star in 2009, which it has retained for 14 consecutive years.

Glynn has become a household name after taking part in the Great British Menu, winning twice and then later appearing as a mentor.

Shaun Rankin – Chef Patron, Shaun Rankin at Grantley Hall, Ripon
Originally from Yorkshire, Shaun Rankin honed his skills at The Mayfair Hotel in London, after attending catering college. Shaun has spent much of his career in Jersey, eight years of which were dedicated to the Relais & Châteaux Hotel Longueville Manor.

Shaun opened his first restaurant as Head Chef, Bohemia in 2003, gaining a Michelin star two years later. In 2013 after nine years at Bohemia, Shaun went on to open the much-awaited Ormer in Jersey, winning a Michelin star only four months later. In 2016 he opened sister restaurant, Ormer Mayfair, bringing the tastes and produce of Jersey to London.

For further information or to discuss sponsorship opportunities please email Sophie or call 020 3004 5505.

Please note our Chefs Dinner at Grantley Hall has no affiliation with Great British Menu. 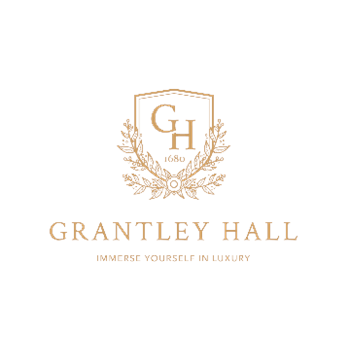 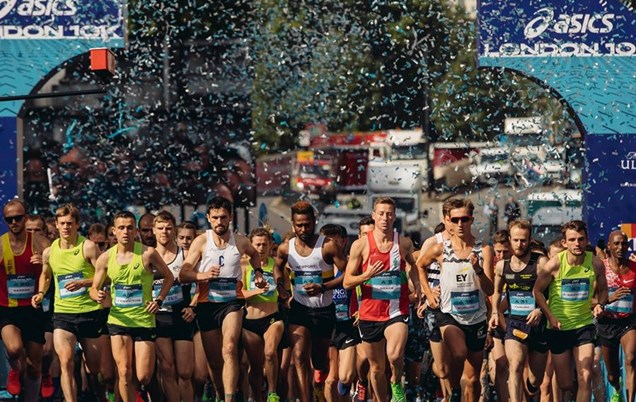 Pound the streets of London and embrace the summer festival vibes. Unite with runners of all abilities and celebrate the things that bring us together in one of the world's most inclusive and diverse cities.

The London Marathon needs no introduction. If you are a keen runner, but you’re not sure if you can complete the distance in one go, then the 2022 Virtual TCS London Marathon is not to be missed!

Celebrating the return of 2009’s Great British Menu winners Kenny Atkinson, Nigel Haworth Glynn Purnell, and Shaun Rankin as they recreate a feast in our honour. Walk the walk and step up your wellbeing. 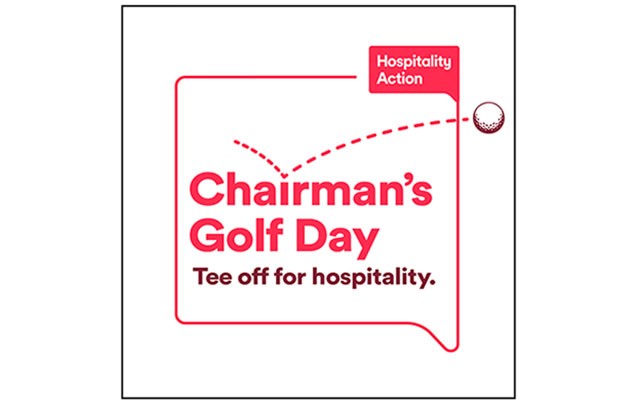 Hospitality Action’s Chairman, foodservice and hospitality entrepreneur and co-founder of BaxterStorey, William Baxter CBE, is delighted to invite all golf enthusiasts to join him for a fabulous day of golf.