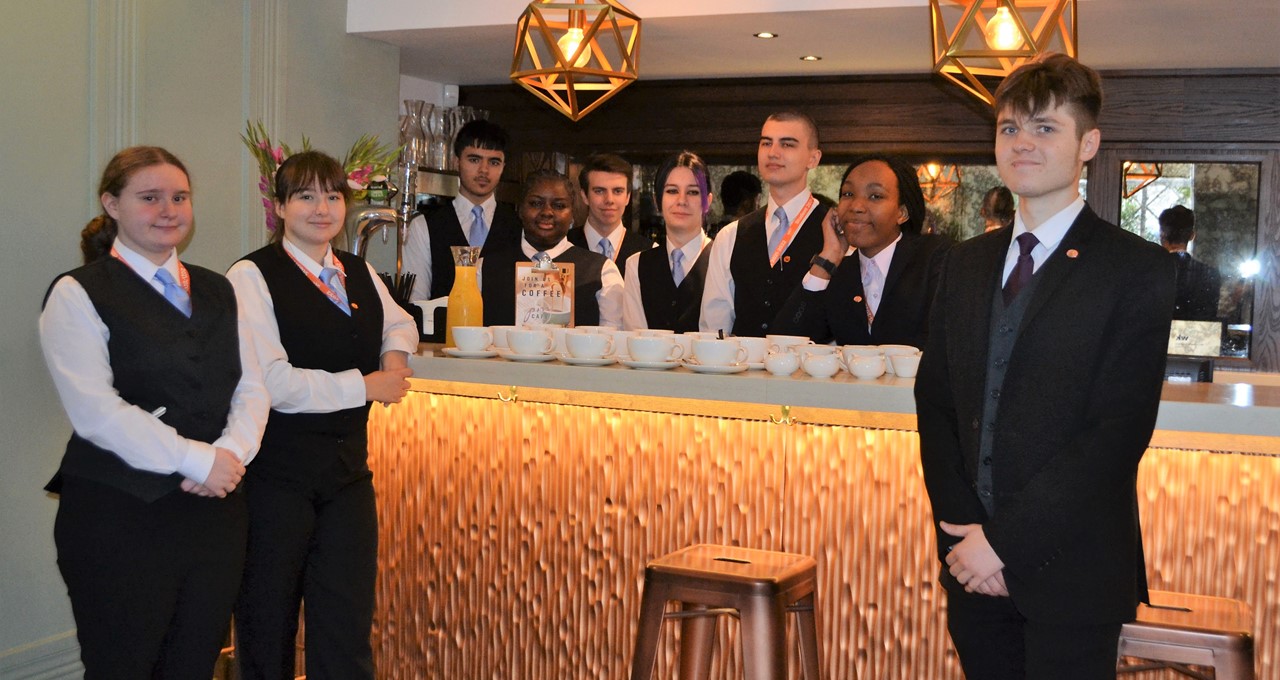 Following the recent exciting news of the launch of the first PM café which is a partnership between Hospitality Action, The PM Trust and Westminster Kingsway College, we decided to invite Ruston Toms, chair of the PM Trust to tell us more about the Trust’s history and plans for the future.

What is the PM Trust?

The PM Trust charity was formed in 2002, however the Charity was borne out of a charity called The PM Club. This has far older history and dates back 1949. the original constitution stated that the aims of the charity were to;

Originally the Club was located in the Crypt of St Martin in the Field opposite Trafalgar Square and was what we would now call a “drop-in centre” purely for young hotel workers to meet and socialise between their split shifts.

In subsequent years the “club” was able to offer accommodation when it relocated to Ecclestone Square and then from 1982 it was relocated once again to Barkston Gardens in Earls Court, when it could best be described as a sort of Uni halls of residence.

The PM Club provided high quality, professionally managed, secure and very importantly affordable accommodation right in the centre of London. It was home for approximately 120 young people who were working in London’s top hotels and restaurants.

As well as somewhere to stay, the Club ran a program of social and sporting events where residents could meet, socialise and crucially make friends.  The PM Club launched and supported many careers, over the years including Jason Atherton, Marcus Wareing and the late great Gary Rhodes. I was also lucky enough to stay and work for a spell, at The PM Club in the late eighties.

The young people who stayed at the Club came from all over the UK and some from abroad and it gave them a sense of camaraderie and fellowship and also a mutual understanding of the unique pressures of working in hospitality.

In the 1980’s the Club was affiliated to the Hotel and Catering Benevolent Association which is now Hospitality Action. However, in 2002 the decision was made to sell the properties in Earls Court and unfortunately the club had to close.

Following the closure and using some of the proceeds of the sale of the properties the PM Trust was launched by some like-minded individuals including Douglas Oram the Chairman at the time, myself, Brian Turner CBE, and the late Robyn Jones OBE.

The Trust then became a solely a grant making organisation and over the years additional Trustees joined, and the group now comprises of (see photo from L to R) Gary Hunter, Holly Addison, Brian Turner CBE, myself, and Tim Jones.

Earlier this year the trustees decided to review the charities aims and objectives, particularly given that the hospitality industry had been through a torrid time over the last 12-18 months, and we wanted to explore whether there was support that could be provided other than just financial.

The outcome of this review resulted in forming a partnership between Westminster Kingsway College, Hospitality Action and The PM Trust to launch the first PM Café.

The Trustees felt that as mental health is becoming an increasing issue across all parts of our society and has probably been compounded by recent events. It raised the question as to whether the “spiritual and mental well-being” of young people, that the charities constitution referred to back 1949 was being addressed.   First year students at Westminster Kingsway on The PM Café’s opening day

I am pleased to say, that the PM Café has now opened at Westminster College in Vincent Square. To begin with the Cafe will open 3 days a week and all the food and staffing will be provided by the college students. The idea is that it will simply be a place for people working in Hospitality to meet and socialise. The hope is that The Café will develop a sort of fellowship and re-create the camaraderie that was an essential part of the culture of the old The PM Club which was so successful in supporting many young people over the years who were taking their first steps in hospitality.

We will also ensure that the Café establishes partnerships with the relevant agencies to sign post individuals to professional help should individuals find that the pressures they face need more than just a latte and a chat.

We hope that if the first café is successful it could create a demand for further similar Café’s at other hospitality colleges around the UK.