World Mental Health Day is a global day of awareness and action taking place today. This year its specific focus is on suicide. Here at HA we are very much focused on the issue of suicide in our industry, because we experience it - and the shattering effects it has on whole communities - far too often.

Over the last year we have supported employers on a number of tragic cases involving suicide both of employees and also where guests have taken their own lives in hotel rooms and been discovered by team member, these cases and stories from elsewhere in the industry have galvanised us to take action. In the wake of a particularly sad case we put out a call to form a working party on the issue, which has informed our campaign.

Then, a few months ago, we held our first fundraiser in the East of England at Holkham Hall in Norfolk. There we met two amazing people, Mearl and Tracy Brown who had lost their son to suicide in 2018. The evening wasn’t just a fundraiser, it was a celebration of their son Nyall’s life. The entire room was stunned to silence not just once, when a moving film about Nyall was played, but a second time – when Nyall’s mum took to the stage and paid tribute to her son – and the team of volunteers who had honoured his memory on such a poignant night.

Mearl and Tracy gave us an amazing gift that night – Nyall’s story. They shared their experience because, while we couldn’t help Nyall, they want to reach out to any young hospitality worker dealing with dark thoughts and urge them to speak to a colleague, their boss or Hospitality Action before problems escalate towards self-harm or worse.

I'd also like to take a second to thank Charlie Hodson, the RNLI and DVPR for making the film happen. 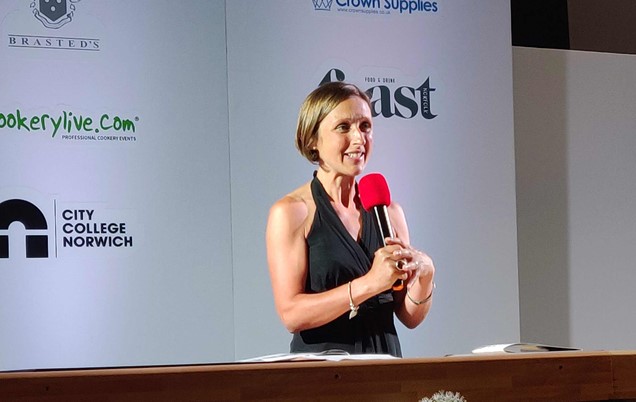 Suicide. The only way we're going to stop it, is if we can talk about it.

Thanks to the amazing work of charities across the UK, people in general feel more able to discuss their mental health which can only be a positive thing, and that applies to hospitality industry too. HA, other organisations and prominent individuals have worked hard in recent years to bring mental health problems to the forefront and challenge the taboos which prevent people from coming forward. But to truly make progress colleagues and managers – all of us - need to be equipped to support a person asking for help and not be worried about saying the wrong thing or giving advice that we think may get us in trouble. We need to feel confident in our ability to help a friend in need and ready to ask for help if we’re worried about our own mental health.

If you ever have a conversation with a friend or colleague that leaves you worried, speak to your boss, your HR department, or call us. Talking about suicide with a sympathetic listener has never driven anyone to kill themselves. You may very well save their life.

Today, we're launching two new resources to support hospitality people to have open and frank conversations. A help-sheet packed with information on the signs to look out for and how to support a friend or colleague. There’s also a newly-launched Suicide Awareness course we have developed with our clinical partners CIC which is designed to equip HR, health and safety, and management develop the skills they need to help support a colleague dealing with a mental health problem and to signpost them to the best possible help.

We have set up a dedicated page to support our campaign, we'll update it with more resources when they become available.

Suicide is a complicated and delicate subject that most of us would rather not think about at all. This factsheet talks about the risk factors and signs. It contains valuable insights for those experiencing a mental health problem and those who work alongside them

A half-day course to equip HR & management with the skills they need to have conversations with somebody considering suicide and to signpost them to the best help.

Whatever you do in hospitality remember that we’ve got your back when you need us.